The Foodie Precincts of Perth

Perth has no shortage of what’s available to eat and drink. While we’re spread far and wide as a city, a food and beverage precinct is never far away from you. We thought it to be a good time then, to give you a few of our favourite places to venture to for a meal, when you haven’t quite decided on what you feel like to eat just yet.

While there are the well established Fremantle food strips, and the ever popular Oxford Street in Leederville, we’re picking our absolute favourites.

There is an abundance of popular places on William Street and James street (think Sauma, La Cholita, the Hummus Club). Though, our favourite spot in Northbridge has to be the Old Shanghai food court on James Street. If you were ever looking for a pre or post event meal out in Northbridge, or if you were seeking a crazy smorgasbord of food ranging from dim sum to fried chicken burgers, to hot indian curry, this place has you covered.

What they do well is speed of service, an abundance of seating, big and bright colours on display, and a cheap full plate of food. Further, their biggest feather in the cap for a night out would have to be their full service bar, where a many variety of bottled and tap beer is available to compliment any meal –  giving you the full rounded food and beverage offering. Old Shanghai captures the fun and often chaotic vibe that Northbridge offers on a weekend, and makes it enjoyable 100% of the time. With a different cuisine and beer combination to try after your 15th time going there, we promise each time will still be as enjoyable as the last. 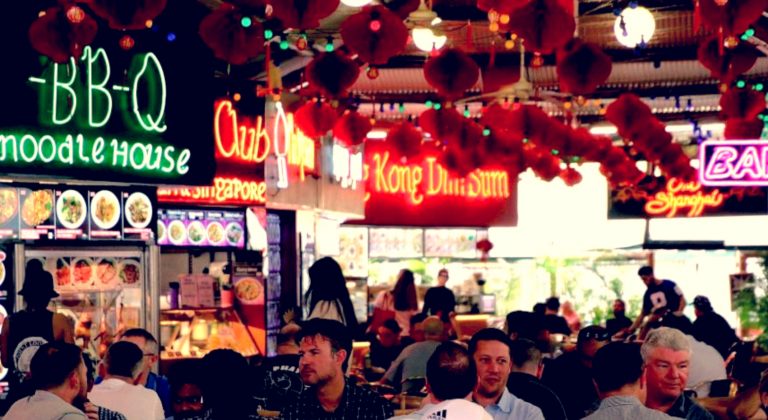 Beaufort street is long – seriously long. It is a massive street stretching the length of Mount Lawley and then some. It plays host to the Inglewood Food Markets on Monday Nights and has been a destination venue for many years. To our mind though, it has had its ups and downs recently. Restaurants and cafes have been often unable to keep up with it’s ever changing landscape. While it has always remained steady, we don’t think it’s managed to reclaim past glory. This has not helped by COVID, which saw off the closure of the ever popular corner bar, The Flying Scotsman.

However, we now find ourselves in the middle of the Beaufort Street resurgence! With big up and coming foodie names like Meet & Bun, General Public Food Co., and Modern Eatery all opening their doors in Mount Lawley over the last year – the strip once more feels busy and bustling! Be it thanks to the cult following these new venues have brought, or the smothering social media coverage of local favourite Get Chunky – Beaufort street seems to be firing on all cylinders once again. What’s more, the owners of the Camfield have now taken over the Flying Scotsman building, so watch out for that!

For any time and any meal of the day – there is no lack of different cuisines and drinking options available. We can’t help but think the renewed success is largely thanks to the smart marketing techniques and social media presence of the streets newcomers over the last year or two, bringing those old and new to the strip. 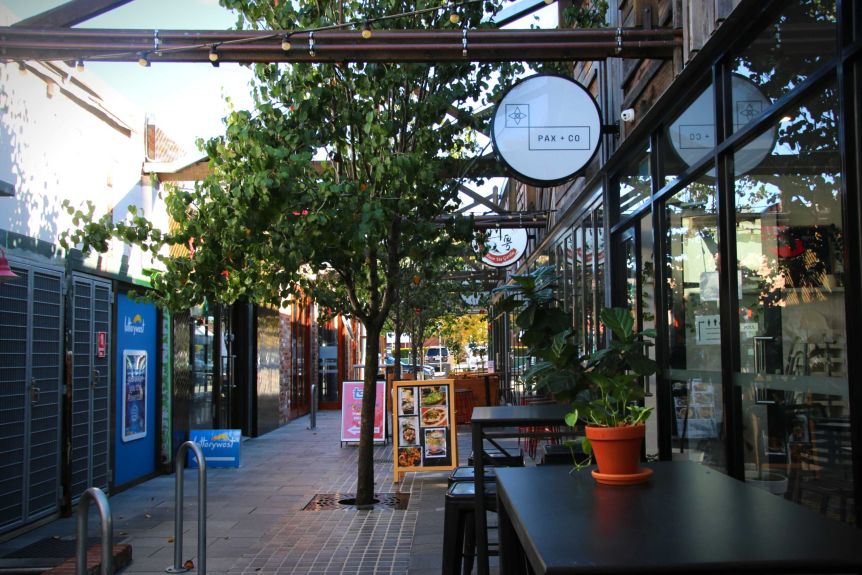 It can sometimes be easy to pass off a shopping centres food and beverage offering. You might do this due to past experience, stigma, or because don’t feel like it’s a special enough destination. While there’s merit to those feelings, it’s a pleasant surprise to see what todays offering now looks like.

The best example we can give you is the revamped Belmont Food Forum. Opening it’s refurbished doors in late 2018, this food forum located within the Belmont Shopping Centre truly is a one stop culinary shop. For home cooks, there is a fresh butchery and seafood shop. For those looking to stay a little longer, there are a bevy of cafes and a bakery available. All of which, is within eyesight of the other. 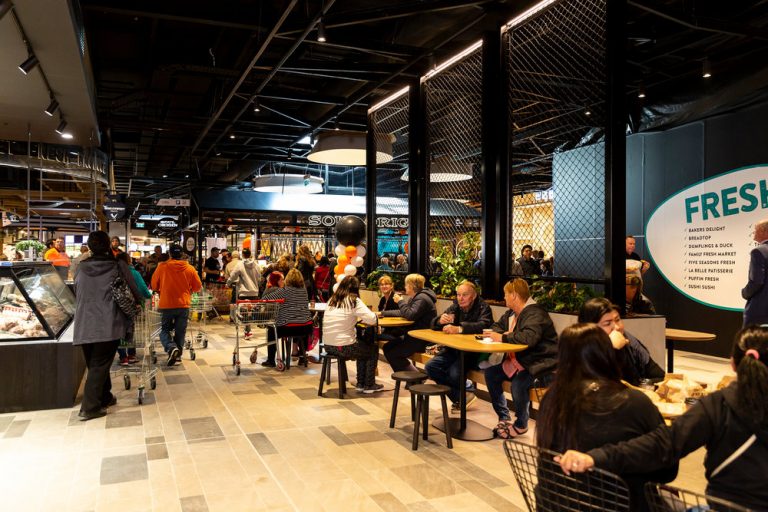 With takeaway dumplings, fresh pastries, and no shortage of coffee available, it’s now the heartbeat of the Belmont shopping experience. It’s our choice because it’s the perfect one stop food and beverage venue.  If you’re on your way into the centre, taking a break, or heading home for the day – everything you need for any situation, be it breakfast, lunch or afternoon tea, is catered for.

We get it – Mount Hawthorn is not a hidden suburb. But it’s also not the first place that springs to mind when you’re trying to think of where to eat or go for a drink.

This sleepy suburb earns it’s title of Hidden Gem because it covers all bases, without being too much, and without boasting. Breakfast? Go for the Salmon Eggs Benedict at Lupo lab. Needing a drink? Paddington Ale house is right down the road, and so is Spritz Spizzicheria. If you want to drink at home? Bottlemart and BWS have you covered. Dinner’s sorted with the recently opened Hummus restaurant. Or, if you’re feeling a big carb hit, Neighbourhood Pizza is next door. All of this is available within the 800m strip of Scarborough Beach road at the heart of the suburb.

Mount Hawthorn does what we wish so many other suburbs to eventually do. It holds it’s charm in its simplicity, and makes dining there a forever happy experience. Each time we have made our way there, we’ve always been pleasantly surprised at either a new undiscovered venue, or the ease to which you can get in and out of the suburb. To us, it provides the ultimate dining experience. There is no shortage of food and drink available, and it doesn’t feel disjointed at all. You are given a variety of options, each as unique as the other, without it feeling like this food and beverage precinct has had to muscle its way into the suburb. 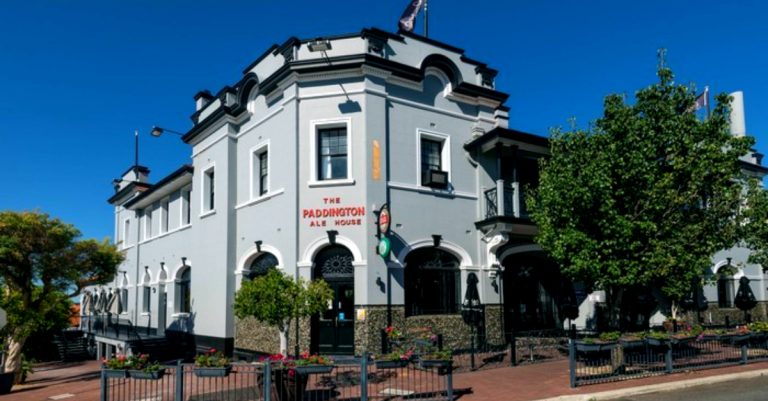 For anyone who is thinking of entering into the hospitality industry, or extending their brand into a new suburb, you would do well to give serious thought into what sort of suburb suits you most! Every food and beverage precinct has it’s rhyme or reason – and there’s ways to appreciate them all. We think we’ve got a pretty good idea of what makes a food and beverage precinct tick. So if you’re ever needing to have a chat – please do not hesitate to call through!